I Finally Found the Chipmunk – in my Bed! 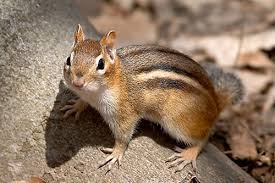 I completely violated my own productivity rule on Saturday afternoon.  I’m embarrassed to admit that I spent over four hours chasing a stubborn chipmunk that somehow got into my house.  That was definitely not the highest and best use (HABU) of my time.  I should have called a critter removal company, but instead tried to coax him out myself. Bad idea.

Earlier that day, I kept hearing strange noises in the house.  It wasn’t until my husband saw the chipmunk run across the wood floor in the dining room that the sounds made sense.  The chipmunk’s little feet were tapping the floor as it scurried around, but I never saw it.

We set up some sticky paper traps with peanut butter and nuts thinking that would catch it fast.  Nothing happened for 15 minutes.  Then, I saw it run over one trap and drag it into the master bedroom.  Got it – so I thought.  It wiggled off and was now somewhere in the bedroom.  I quickly shut the interior door and shoved a towel under the door to trap it in the room. I then opened the exterior door to the bedroom deck thinking it would know to run outside.  I timidly picked everything off the floor so he couldn’t hide behind anything. Then, I waited.

I spent the next 3 hours sitting outside on my deck, occasionally looking toward the bedroom door, to see if the chipmunk ran out.  When it didn’t leave, I’d try to hurry its exit by banging on the interior door hoping to scare it out of the room.  I even ran the vacuum cleaner on the bedroom carpet hoping to annoy it enough to leave.  When I searched everywhere and didn’t see it, I assumed it left when I wasn’t looking.

By this time, it was late and my entire bed was piled high with things – drawers that I removed so I could see under the dresser, laundry baskets, shoes, and more.  There was too much to put away that night, so we decided to sleep in the guest room upstairs.  I’d clean the master bedroom the next morning when it was daylight. I left the master bedroom door shut just in case the chipmunk had family or friends who go inside.

Image my shock when I pulled back the sheets to do laundry and saw the chipmunk sitting in the middle of my bed!!  Ewww!  It was still inside!  I’m not sure who scared who more, but it ran off the bed and under the night stand.  We spent the next hour building an exit route that it absolutely had to take if it wanted to get outside.  Boxes, nuts, towels, skis – you name it.  It was so stubborn about staying inside that I finally used a broom to poke under the night stand to force it to leave.  It eventually ran out and we slammed the door. Phew!

What an adventure – but a seriously poor use of my time.  It completely goes against what I share when I speak at events.  I learned a valuable lesson that does support what I teach about productivity and HABU (highest and best use of your time).

The lesson:  Systems make things simple.  Did you know 9 out of 10 business problems can be solved with systems?  I didn’t solve my chipmunk problem until I used a fail proof system.  I should have implemented the system from the start instead of wasting time with unpredictable guesses that produced inconsistent results.  I can’t regain the time I lost over Labor Day weekend just like you can’t regain time lost in your business.

When you implement systems, you consistently get more done in less time so you have freedom to do the things you enjoy.  It’s all about setting up systems and structure with the proper tools.

When you download my list of 100 Proven Systems You Need to Boost Results, you will have the exact systems you need for success in your business (sales, marketing, money, people, and operations). Click the link on the top of this page to download.